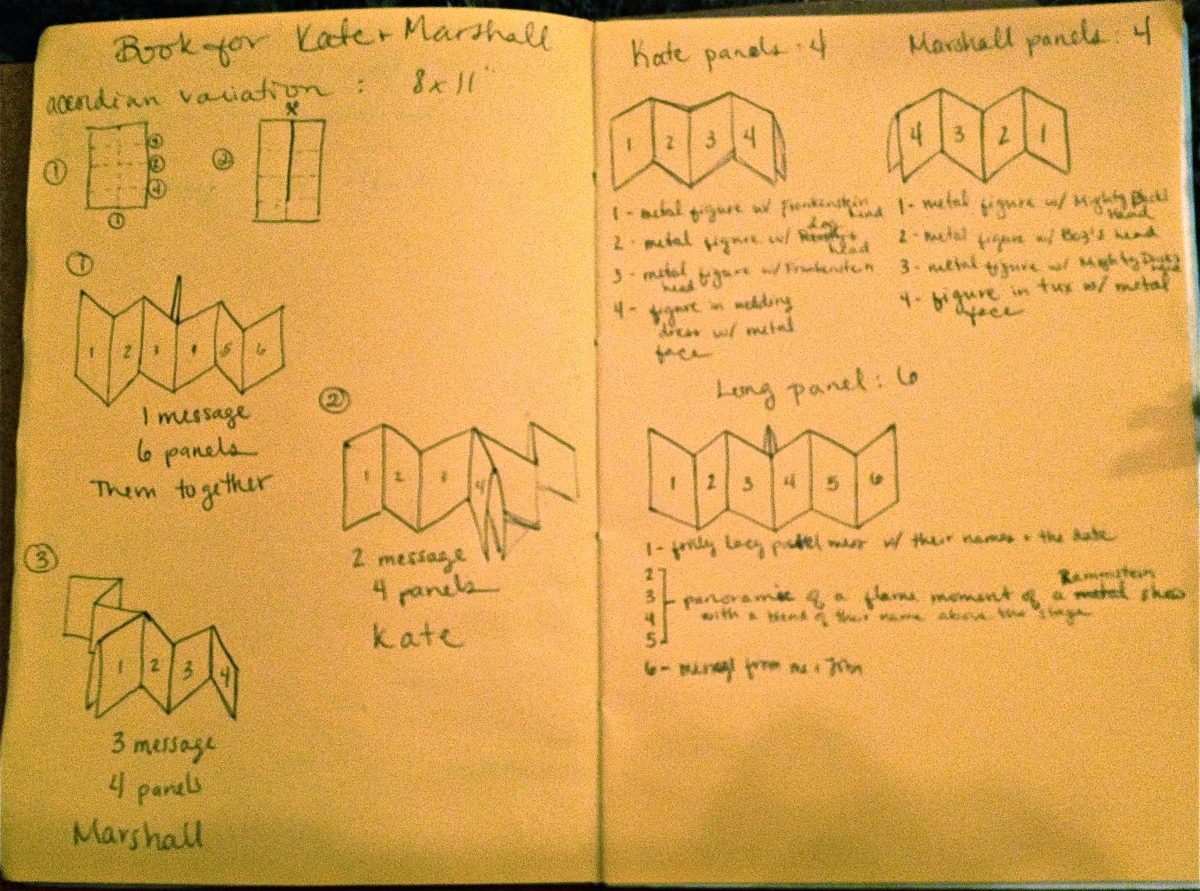 I generally do my darndest to avoid attending large, expensive functions unless I’m being paid to be there, but some friends you just can’t refuse. In this instance, it was a wedding for two ’80s geeks and glam metal fans who despise all things soppy and pastel. This ruled out every wedding card in every store I tried, so I decided to make a card myself.

With Michele’s baby shower book, you can see one form of accordion book. I wanted this card to stand up for later display, so I used another type of accordion fold that allowed me to tell a story on both sides of the card (it’s technically a book, but we’ll stick with card because that’s the function it was serving).

Because this couple is game for a joke, I designed the front of the card to appear just as sentimental as all the store bought cards they’d be receiving. But the moment you unfold the card, one side shows a collage of the Teenage Mutant Ninja Turtles with the heads of characters, people, and pets that the couple loves. The other side shows the pyrotechnics from a Kiss show above which I hand lettered a portmanteau of the couple’s names (not shown because I apparently only grabbed in-process shots) in the style of Kiss’s logo. I saved space on the back of the card for the note (also not pictured).

Should you commission a card or book like this, be warned: may induce head banging!